Well I'm burning wood for my dad. That's right I've been hired to burn wood. My dad has an overload of wood laying around his property. So being the good son I am. I took the job.

But its not a job in my eyes. Burning wood is one of my most favorite things to do. Hope everyone is burning wood in the hearts.

-b
Sent via BlackBerry from T-Mobile

You have new Picture Mail! 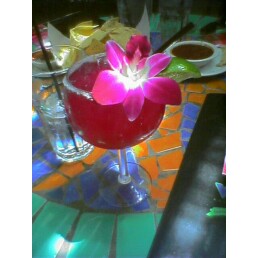 i flew to austin yesterday to do some freestyling for Dell Computers, filmed all night, slept for 40 winks, then filmed all day. i am done and on my way...i hope you dont think me less of a man for drinking such a sissy drink. So it goes.

I'm in the george bush international airport. Waiting for my girlfriend to appear from her flight from africa. I haven't really seen her since july 8th. So today is going to be nice. Other than the fact that I have to drive back to fort worth. And it is going to be the first time her dad will have seen my tattooed sleeved arms. Wish me luck

-b
Sent via BlackBerry from T-Mobile

pensacola was a goddamned dream. 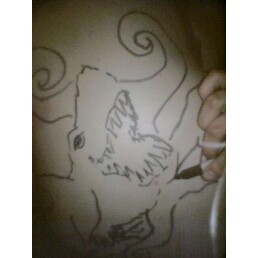 jenny drew a shark humping a squid...on some girl's back. Plus the show was fun too. If you didnt come out...you missed out.


oh what a glorious age we live in!

at this very moment president bush is downloading every song Akon ever sang to make custom ring tones on his sidekick, astronauts are debating the merits of smearing pink cake frosting on the bottom of the space shuttle, my vacuum robot is on dirt patrol, my video game system is telling me the weather in seattle, and my coffee maker is making my second pot of coffee AUTOMATICALLY! who would have thought...that this day and age...2007...that it would have only taken THREE YEARS to update a website as spectacular as ours! oh what a magical era this! what a golden time! the future is NOW people!
the.
future.
is.
now.

so here it is...have a look around.
i am pretty dern pleased with the way she turned out. it looks like everything else we do...pages torn out of other people's books and pasted together in a funny way. that way...we people figure out that i am total fraud...they won't get too mad because, "at least he is a funny fraud...unlike that carlos mencia". i would like to thank my non-sexual life partners/perma-crushes at partyends for the layout inspiration and the prince of mayport: fillup "muthafuckin" g. for access to his astounding collection of old magazines and textbooks for the source material.

don't let this handsome web space fool you kids...we haven't sold out (yet) and gone all halli-burton on you! this here site; with its hilarious news blog, ribald forum, plus its "foxnews-esque" instantly updated shows page, and it's wildly informative and incredibly credible links page, it may seem like some giant musical interwebconglomopage. but this here site is just a lil' homemade slice of heaven cooked up on my couch by yours truly!
i hope it tastes good in your yap!

now that we got some of the introductions out of the way..lets get down to the business of NEWS:

yes...yes...i know i am not touring as much as i normally do. i know it has been a year since i last ventured out to the west coast on tour (aside from that one shot stop to play at the prom of a boarding school). i know the rest of America is pissed that i keep playing florida and texas...but i assure you...it is not in vain. here are 10 reasons why:
1. i have a new website (maybe you have noticed?)
2. designed my new logo (check the myspace page...i always wanted a logo)
3. 2.5 songs have been recorded for my un-named side project with P.O.S.
4. 8.73 songs have been written for my new solo record
5. 0.24 songs have been planned for my project with mike wiebe from the riverboat gamblers
6. i got a dj night going strong in ACTIONVILLE (every other THUR @ eclipse)
7. i have learned all the words to the last young jeezy record
8. i released an EP in germany about my famliy's shady history
9. did i mention that i have a new website?
10. i have my own shoe coming soon, thanks to sole glow customs!

see...i have been pretty dern busy and there is more where that came from!
and i PROMISE (cross my heart and hope to catch surfboard AIDS) to make it all up to you next year when i hit the road again like i love to do...endlessly looping around the world slanging hot new merch and songs about babes, whiskey, and the american revolution!

in the meantime...stay in touch here, myspace, and the new improved forum for updates on ALL the breaking news. back to you Susan...