It’s been a little bit since I was in junior high and, as I drink a draft beer at Ralph’s in Carrollton and watch these kids trying to buy pizza with their cute white belts and tight jeans, a thought occurs to me.

“We are fucked.  Because of Fall Out Boy and the Warped Tour, the future of America is fucked”.

At that point, I drank another draft and started thinking back to junior high—and it hit me.  When I was in 7th grade, cock rock was in. Warrant, Skid Row, and Poison.  What Fall Out Boy is to 2009, hair bands were to the late 80s. I still love that shit.  So, with that in mind, I realize that there will be kids that still love Fall Out Boy when they’re 30 somethings.  I just hope they don't still dress like they do because if I still dressed like I did for Halloween in 8th grade I don't think I would of ever gotten laid.

Sidenote: these lil’ girls need to put some clothes on or just start stripping now to get a head start because they’re not wearing much to begin with.


Having spent a couple beers and a ham sandwich thinking this over, and as I get into my ‘61 Impala, bumpin’ Andy the Door Bum, I imagine all the other times someone must have realized what I just did. I’m thinking about way back into the 60s, too.  No internet, no MTv--just sock hops, drive ins, and “parking”.  A decade that started with Elvis Presley, Connie Francis, and Chubby Checker and ended with Creedance Clearwater Revival, The Rolling Stones, and Woodstock. I'm sure there was some guy in his 30's looking at a bunch of 13 year olds and saying, “we are fucked” as he drank his beer, wearing polyester pants and a look that says “those damn kids”.

Life is good. Enjoy it while you can still remember why it’s good.

guess what state I am in? 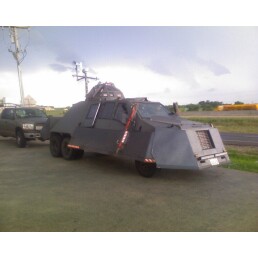 Hint: they have big trucks and love to turn them into tanks for tornado research. Hint 2: they don't sell 3.2% beer.

4 months. 80 shows.
in no particular order, here
is my favorite music to fall
into my lap over the course
of this tour (pt. 1):

we played in Dresden with this marvelous 3 piece from New Zealand...and watching them live was so exciting for me in a really bizarre way. sort of like time travel? I don't think this band is for everyone...just anyone who grew up obsessed with the Seattle rock scene like i did. I don't care what you say...the first Hole record is great...and so is this band.
LISTEN TO: number one

the first of THREE entries onto this list from The Milestone in Charlotte, North Carolina. If any of you know anything about this club, it will come as no surprise to you that the bands of the employees and owners are some of the best bands i have seen on the road. Andy works the door...i have know him for years...never once did he mention that he makes music...till he handed me a cd. We can't stop listening to it in the Honda, if something can make Harpoon Larry turn off Howard Stern..you know it has to be good. For fans of of real blood and guts gravel voices, bedroom made music, Neutral Milk Hotel, and The Microphones...yes...i know what a big deal it is for me to mention those bands. trust me.
LISTEN TO: headrush in centrailia (then write Andy and tell him to post more songs from "art is bullshit"...and ask him about "tom top")

i don't play with a lot of rap groups anymore...just doesn't work to well for all parties involved...their fans don't like me, my fans don't like them. so when bird and were booked in Knoxville at a GIANT empty club, on a sunday night, with only one opener...and it was a rap group...needless to say, we were not expecting much. Not only did these guys kill the show, they stole it, without any gimics or frills. They did something i have been trying to get rappers to do for years, just stood behind mic stands and straight killed it. they rapped their asses off. never asking us to put our hands in they air, no aimless wandering around the stage, nothing contrived, just 3 great rappers being charming as hell and focusing all of their energy right into their words. it was so effective...so surprising...other rappers take note, Loose Leaf has it figured out.
LISTEN TO: like this & natural feedback (then write them to say, they need to record more NOW!)

ME AND MY ARROW
www.myspace.com/meandmyringostarr

This is the best live show i have seen on tour: 8 people, all singing at once, playing the hell out of their respective instruments, while being crammed onto the small stage at the Doublewide in Dallas...i had goosebumps the whole time. When they were all singing "Yard Dog" at once...i almost blew up. I love this band. I love their music. I love their show. I love all of the members. If there is any justice in the world...i will get to play more shows with them and maybe one day...make music with them. Minneapolis never fails to provide great music and great people...god damn right.

LISTEN TO: smtrm demo (then listen to all of the other songs)

One dude with a guitar, a synth, a laptop + One dude who can rap his ass off, make music inspired by Cormac McCarthy and the funny lot that is life in Lawton, Oklahoma. I got so excited by their show in OKC that i paid them out of my own pocket to get them to come down to join me at my show in DALLAS this week. People need to see these guys play live together...it isn't anything revolutionary, it is just great rap music made really really well. I am excited to see them play again...don't miss this one kids
LISTEN TO: death trotter & toothpick

ps. don't sleep on 90's night tonight in Denton! I am guest djing with Ian Bangs & Yeahdef! should be epic!

pps. don't miss my last show in Dallas for the summer! me + 8 bit cynics + all kind of crazy DFW hip hop.


Vacation is over buddy...time to get back to work! So, the tour has come to an end, and my 5 day duval-a-cation is in its death throws. The unending spring rain brought a lake to the vacant lot beside my parent's home (complete with a happy couple of Mallards) and kept me trapped indoors till today...almost destroying my beach binge. Pinned down from the rain, and my nose in "The Beekeeper's Apprentice" (thanks Jenny!), I gorged on my Mother's cooking and drowned in my Father's scotch...taking breaks only to play fetch with Duff from time to time! oh...what a happy death!
thank goodness the sun came rolling in today...or else i would have burnt this city to the ground. i had my mind set on soaking up sun and tearing through Sherlock Holmes...and finally...i got to do it. My fam-a-lam marched up to the beach, armed with sweet shades, spf 30, and iced mint tea, hell bent on spending the whole god-damned sabbath in the sun and sand. mission accomplished. my hair is turning summer white and my skin is glowing...and sadly...i am back to work tomorrow.
florida...you will be missed.

tomorrow morning, harpoon larry and I bring our spring break sabatical to a close and burn rubber down I-10, heading westbound to the Lonestar State for two last hurrahs on this 4 month international tour!

the first event...is me teaming up with the denton homies: Ian Bangs & YeahDef to guest dj at their off the hook, super live, weekly 90's dance party at hailey's in DentonFUCKINGtexas! i will NOT be rap/singing...just pumping up the jams and feeling the good vibrations till the dance floor smells like teen spirit! you dig?!

THEN...i am descending on Dallas, one last time for the summer to wreck the stage with a bunch of Big D's finest up and coming rappers at one of the last good clubs in deep ellum: The Lounge!

Saturday: May 30th @ The Lounge on Elm in Dallas, Tx

IMPORTANT: I saw 8 Bit Cynics play in OKC on this tour...and they MURDERED it! DON'T MISS THEM!

Then...after all of that Lone Star Mayhem...I head on home to Seattle just in time for the perfect weather. God Damn...i cannot wait to see my bed.

oh...just one more thing...if you like the video for Trouble Hunters...then you have to watch the full length (10 minutes long) movie that the video is based on:
KILLER KOMMANDOZE 5!!!


yeah...you're welcome.
SEE YOU IN TEXAS Y'ALL! 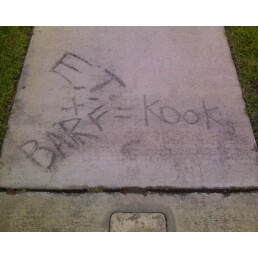 I am going to miss being in florida. 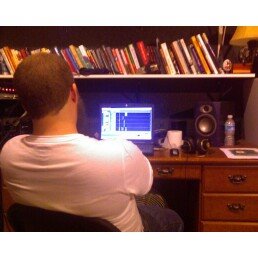 Hung out with Ben at his newly refurbished studio shack annnd got a sneak peak at his new solo record and the opera "Clone" he writing with our dear friend Rick Colado. It is going to blow you to pieces. 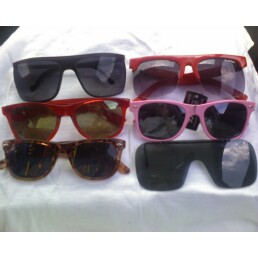 start my vacation NOW! Headed back to DUUUVAAAAL! to sit on the beach, read, and hang with the fam-a-lam. Awesome. 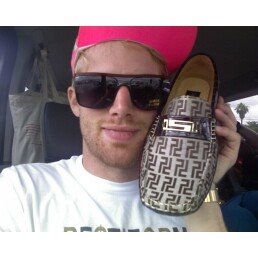 Step my shade game up. Got my gator game tight. South florida like WHOA! 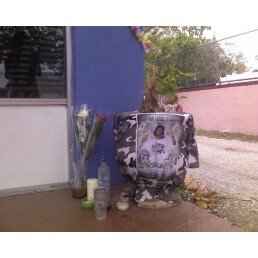 May it rest in peace. 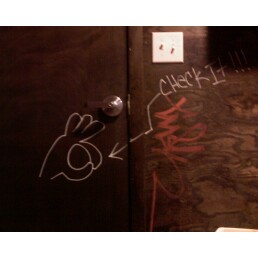 Y'all have to let me punch you in the arm next time I see you...sorry bro...thems the rules. 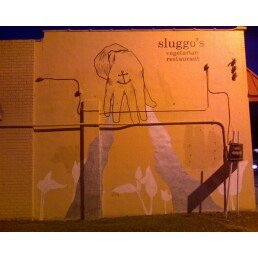 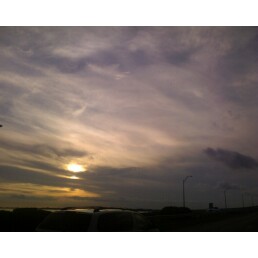 
The light at the end of the tunnel... 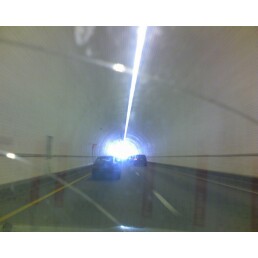 ...step into the light. The sunshine state! 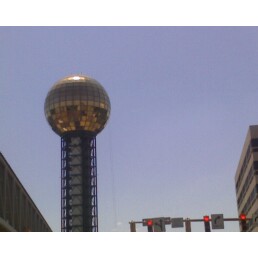 Got my toof game tight! Got my bandana game right! Coulda stepped my scrunchie up...slept. But damn...J's go fed like a muhfucka!


On a north bound train 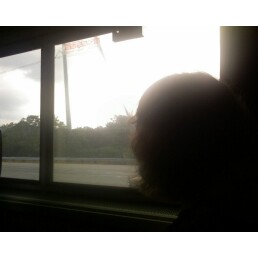 That is my little old lady seat mate...see y'all in dallas!


Bird's is the word! 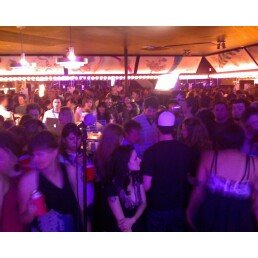 Unless you got to the party early...you might have gotten in! At capacity before Neiliyo even went on! Shit is real!


the soy-th shall rise again! 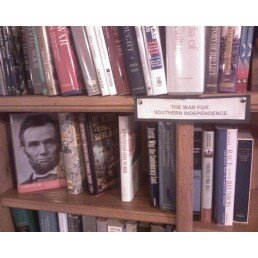 on my block: even organic, fair trade, gourmet coffee shops got that rebel pride. 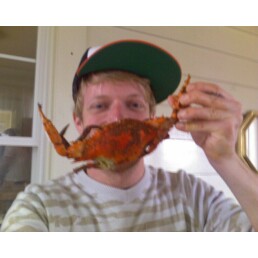 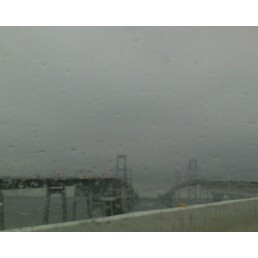 On my way to eat crabs on kent island! MARYLAND!


An old cat that don't like me steppin on cracks in the curb! 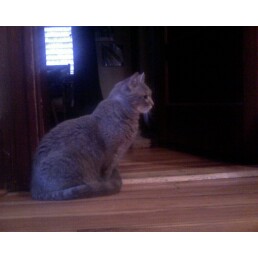 PORTLAND, ME = XMAS IN JULY!