Off for a week.

Well our West Coast run with Sole and The Skyrider Band is over. We did a nice loop of the west of america. 13 shows in 14 days. Now we are off for about a week. Then it's 4 shows in America one of them being Fun Fun Fun Fest. We are super stoked to be playng this festival. Then we play in Shreveport at Louisiana State University. Then in Little Rock at ACAC - Arkansas Community Arts Co-Op. Then we head back to Europe to open for Tegan and Sara These shows are going to be SOLD OUT so if you want to attend get your tickets now! I thought I had more to say but I find myself drawing a blank. Sorry for the lack of updates on the Sole Tour. I checked out for about 2 weeks. My first "vacation" while on tour. Which means I didn't drive but twice during the 14 day tour. Which if you know us I do all the driving. So it felt like vacation. Hope folks are doing well. I'm sure we will see you soon. It's just a matter of time. 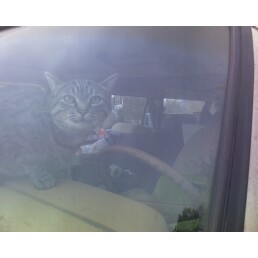 
pissing in the wind. 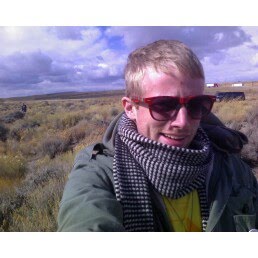 Bud ' I decided to pee on the side of I-80 in wyoming...mostly because we thought it would be funny. For those who don't know...the entire state of wyoming is a gant wind tunnel. I think 40% of my pee actually hit the ground! SUCCESS!!!

So we roll into Oakland from a long drive from San diego. We knew before hand that the Treasure Island Festival was going on this weekend. And we knew that Why? Was playing in San Fran to a Sold Out crowd. But we didn't know the Monsters of Folk were playing across the street from our show. So we figure out of the 3 shows we are 4th on folks list to come to our show. Lucky us and Sole we have loyal fans. With all that's going on we managed to have a pretty good attendance. The good people of The Uptown are great and super hospitable. We have another long drive tomorrow to Portland. I have a feeling that I will be driving tomorrow. But the last 3 days of touring and not driving have been great.

The West Coast Tour has begun!

Last night was the start of our West Coast run with Sole and the Skyrider Band! Los Angeles was a great start. Many old friends and new friends. Probably drank alittle to much. But it was a great start to the tour. We had a short drive down to Saint Diego. This show isn't that great. But you win some you lose some. We got a hotel room 6 dudes 2 beds. Mad luxury. We are having a great time. Or at least I am. I'm used to driving all day but this tour we have 3 of us who are going to drive. So getting to ride and not drive is like vacation for me. I'll make up for it in London next month. Driving on the "wrong" side of the road is so exciting to me.
Well its time for our rap show. Until next time!

Brock is in heaven 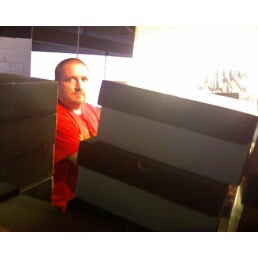 Surrounded by Supras...brock breaks out in a cold sweat and gets a tennis shoe boner that blows his pants off!

back in the UVA! 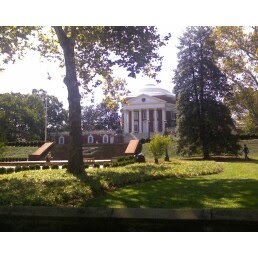 Yup...it is that time again. That magical time of the year when we roll into the university of virginia to teach these brilliant minds the value of keg beer, sweating, dancing, and rapping loud. All in honor of Thomas Jefferson, the father of the UVA!

The East Coast Run So Far 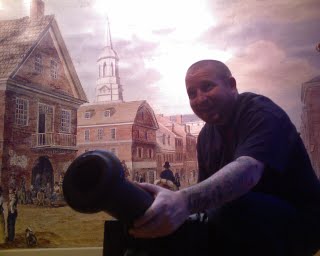 So it's been a few days since my last post. We have played 3 shows with Wax Tailor and one show without him in the 6 days we have been on the East Coast. The Wax Tailor shows have been really good. We didn't have a clue what the turn outs would be like and so far they have been well attended. Last night in Philly was the least in attendance. We got our Independence on today in Philly. See picture to left. Our Portland, Me show was great. For a Monday we did very well with 2 weeks notice. Our buddy Nobs opened the show and did a great job. I love watching him rap. Then Samuel James played with his steel guitar and stole the show. Check him out. He's so much fun to watch LIVE! We are in Annapolis tonight playing with some old friends News Travels Fast ,Blak Lungz, Tobias Russell . It should be a great little Wednesday. Tomorrow is the last show with Wax Tailor in DC. I'm excited to have a proper show in DC. Then to end the east coast run it's the infamous Charlottesville,Va house show. These shows are always huge and full of good times! But Saturday we are finally doing the Great Wolf Lodge. We have been talking about this for so long and It's a damn shame our best touring buddy bleubird isn't going to be with us. But the time has come! Then it's a couple days off with andy's fam and Cali here we come. Check for us on the West Coast tour with Sole and the Skyrider Band
Click here for dates!


Samuel James is the truth! 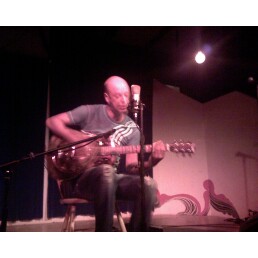 www.myspace.com/sugarsmallhouse everyone must go to his myspace page! Checkout his tour dates! And SEE HIM LIVE! He is astounding. I will post video soon. I was blown away. 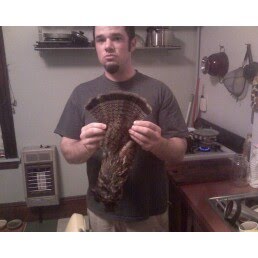 Sitting in an Exit seat!

So as I sit in an Exit seat next to one of the 6 exit doors. I find out the pros and cons of this seat.

First I had the daydreams of the pros of having the responsibility of handling the exit door in case of a emergency. And to make a long story short it involves hero parades and piles of girls with a side of hell yeah I get to throw a plane door out the side of the plane.

The cons on the other handle are far less glamorous with no getting laid in site. For starters if I have to open the AIRPLANE DOOR the result means we aren't in the air anymore and have crash landed. No fun! Next meaning we survived the crash. This here "exit row" is not an exit row but more like a row with one seat missing in front of the exit door. We crash land and have to file out of this door. I don't see it being high fives and hand shakes! More like a nightmare! And let's be realistic. I don't need to be in a plane crash so the biggest CON of being in this "EXIT SEAT" is it doesn't recline. So 90 degrees of sitting to philly (my layover). The 2 pros I have going for me to counter act the non recline exit seat. I have all 4 cd's of The Four Tops - Fourever on my blackberry, one double gin and tonic and 2 red wines in me and I plan on drinking a couple more. So if this plane goes down I'll have no fear of dying and more excitement of throwing an airplane door somewhere and don't forget the "Wet N' Wild slip n' slide we get to slide down if all goes as the emergency booklet describes. Here's to wishful thinking!

P.S. Pro # 3
I order red wine my second glass. Which comes in alittle plastic bottle. And I had the flight attendant from 1st Class answer my call and she said,"I'm far to lazy to walk to the back of the plane so I'll get you some red wine from 1st class and its on the house". As she walks off the guy in on the other side of exit the rows says, " How lazy is she, make that a couple more". She comes back with 2 full glasses of red wine. He says, "I don't drink red wine, anyone want this". No takers so I got both for free. And as he's giving the other cup of wine to me he says,"after you finish those let's try and get some Chardonnay". At this rate they don't want this plane to go down because the middle exit row is drinking for the entire flight!!

Andy and I are on separate flights because we are DIVA's like that. Actually I waited to long to get my ticket and ended up on a different flight. As I sit in the DFW Varsity Grill about to spend way to much on a gin and tonic and a salad, I think to myself, " Damn a lot has changed in 6 years when we started touring for a living!" 3 deep in a Honda Element with each a $3-$5 limit (depending how broke we were) at Wendy's. Sleeping in the car to camping in the woods. To hotels in Paris and flights to NYC and LA within 2 weeks. Life is good these days. And we are just getting started.

For a week we will be on the east coast hope to see some familiar faces. Then the Sole and Skyrider Tour on the west coast which will be a fun tour with some old friends.

Like I've said before. If you read this blog and attend a show. Come up and say Hello!

Hope to meet some new people!

two if by sea! (pictured left to right: me, dad, harpoon larry)
yup...we never stop...we barely sleep...we drink on the train with Dad.
the never ending tour continues...our next stop will have us leaving our trail of sweat and empty bottles up and down the Eastern Seaboard of Thee United States of Thee America!
I have been getting over my jetlag in texas (i.e. eating redmeat) and now harpoon larry and i will hop on yet another plane and head out to leave our stain on the founding father's turf.
real talk since 1776 player.
EAST COAST DATES!
(take note: i will go on at 9 pm for all the shows where i am opening up for wax tailor)
OCT 2 New York City - Blender Theater @ Gramercy (Opening up for Wax Tailor)
OCT 3 Boston - Great Scott (Opening up for Wax Tailor)
OCT 5 Portland - The Space
OCT 6 Philadelphia - Johnny Brenda's (Opening up for Wax Tailor)
OCT 7 Annapolis - Tsunami
OCT 8 Washington DC - DC 9 (Opening up for Wax Tailor)
OCT 9 Charlottesville, VA - The Best House Show Venue in the World
for those of you who don't know about the best house show venue in the world...um...here...click on this.
alright...it is almost 5pm.
time to eat more red meat.
*andy
ps. i haven't forgot about the western half of america:
WESTWARD EXPANSION WITH SOLE & THE SKYRIDER BAND!

HERE I GO AGAIN ON MY OWN!

NOV 8 Austin, TX @ FUN FUN FUN FEST!
(this is, in my opinion, the best music festival in america...and the ONLY one i would pay money to go to...
and i am lucky enough to actually PLAY it! check out the INSANE lineup!)
i play on the blue stage @ 2.25 on the sunday
BE THERE TEXAS!
NOV 9 Shreveport, LA @ Louisiana State University
posted by astronautalis  # Thursday, October 01, 2009