So if you don't know astronautalis and I are back in Europe. This is our first return back to Europe since the Tegan and Sara tour late last year. And its going great! The first week brought us back to some cities we have played before and we played 3 new cities with one of them being in a new country. Slovakia! The attendance is up from the last time and I can't help to think that the Tegan and Sara tour has something to do with that.

Prague was and is always the best show on the tour for me. Our promoter Adam is the fucking best. We have really been spoiled by his continued hard work. And I'm happy to call him a friend at this point in my life. Its always a highlight to the tour and raises the bar for the rest of the shows always.

We moved out of the barrel in Brno,Czech Republic that we usually play to a bigger venue and we sold the new venue out. Which is awesome. We celebrated the "czech way" and needless to say I was hung over the next day for sure. After Brno it was a short drive to Cadca,Slovakia

We arrived in Slovakia like 5 hours early and we walked around and freaked out the locals. It didn't take much. Just us walking around will do that. I didn't notice the kids eyes popping out of this kids head as he stared at my tattoos. Andy mentioned it to me. I did on the other hand notice the mother grab her kid closer to her as we walked by a different family. They must of thought we were from a different planet. We had a nice little laugh about it. The Slovakia show was packed. I'm pretty sure 90% of the crowd didn't speak english and had no clue what andy was saying. It was a great time. The farther east we go in Europe the crazier the shows get. They know how to party in the east that's for sure.

Next show was a new city for us in Austria called Ottensheim. And come to find out its the same size as Pilot Point,Texas. 5,000 people. We had amazing weather and the show was outside in this park. It had everything you need. A small bar,volleyball courts,restrooms,shower,grills,things to eat and a hotel. Not your normal run of the mill hotel (www.dasparkhotel.net). This one was literally made from old concrete tubes. Like a sewer pipe if you will. 3 pipes. Each had a double bed,a table,power to plug into,a lamp,and a skylight. We thought they were joking when Paul our lighting guy said,"you see those tubes on the hill? They're a hotel"
As they gave us the key I still didn't believe him until we opened one of the tubes doors and it was a little room. They said,"you can stay at our flat if you like or you can stay here". We were like,"I'm sure your flat is nice but we would like to stay in the tubes". I literally slept for 12 hours. The show was real low key older crowd with there kids. Very nice for our 1st time in Ottensheim.

The next day we drove into Germany for another new city we had never been to Bamberg. What you need to know about us is when we come to a new city to play we assume the worst. Because if we have never been there we can assume not many people have heard of us. We were so stoked when we came down from our flat after eatting homemade lasagna from scratch and there were people in the club. This show was 75% female. Which I can only assume that's because of Tegan and Sara. But who knows. Show went great. Andy's been trying out some new songs and they are going over well. Which is rad. The lovely ladies behind the bar made me drink way to many vodka/limes. And I may or may not of got sick later that evening. Good times.

After Bamberg we had a day off the first and only day off of the tour more or less. So we went to Berlin a day early and just hung out with our friends Ole and Nadine. Super awesome people. For some reason the weather in Europe is not what I would call "Summer". Its cold and raining and my dumb Texas ass barely brought pants let alone a jacket. I mean who would of thought you would need a jacket and a pair of pants in the summer. Not me. Side note: I'm buying a jacket tomorrow.

Saturday night was our Berlin show and it was a rap show. We played with Audio 88 from Berlin and it was great. Apparently Vice Magazine did a write up in print and on there website about the show. Which is sweet as hell. We had a surprise visit from our friend Andy from Amstredam. Andy and his girlfriend are great. Such nice people. We drank Helles bier and talked shop.

Now we are in Hamburg and the weather is pretty gross. Cold and Rainy. Not sure if that effected the turn out or not. But it for sure has made me sleepy.

So there you have it the first week of our 3 week tour. We are some lucky dudes and best believe not a day goes by that we don't stop and think. HOLY SHIT we are in Europe again! Thank you to everyone that continues to support our music. And one other thing. We are selling tons of merch and running low on sizes in the shirts. But you can order everything that's on the merch table at our web store.

My brother is helping us fill orders. So you don't need to worry you can order while we are in Europe and it will be shipped out no problem. 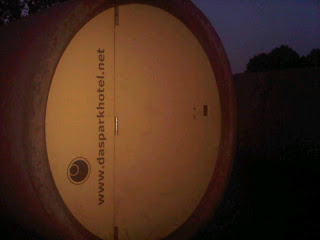 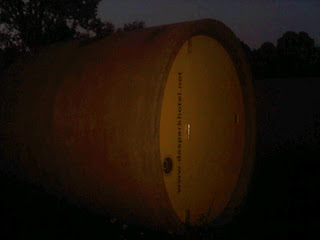 So we are in austria tonight. We are playing in an outdoor venue (Rodlbudl) in this amazing park. They have a little park with some food. The park has foosball,volleyball,a playground with an amazing slide,places to grill, restrooms, and a hotel like you've never seen before. They are these 3 concrete cylinders that have a double bed and internet inside. So cool. The tour is going great! 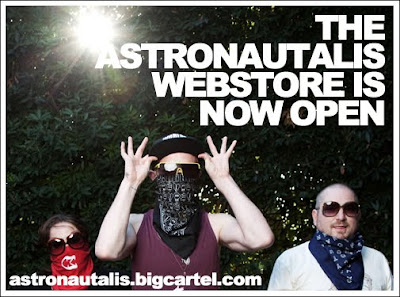 after much ado...it is finally here! we have been taking your money at shows for years, and now...thanks to the magic of Vice-Wizard Al Gore...we can take your money through the internet! We got cds, vinyl, hoodies, tees, and even bandannas! HOORAY! give us money so we can blow it all on hot tubs, machine guns, and calf implants!